This is an article I wrote for my monthly Q & A column in Pain Magazine, which is a body art industry trade publication, both in print and online. This blog post, and many others on my site wouldn't exist if piercers were consistent with showing their clients proposed marks for piercing placement! Do not give your piercer unilateral power. You have every right to see the proposed placement before the piercing is done!

I think piercers and piercees alike should read it! So here you go:

To Show or Not to Show (Clients the Proposed Piercing Placement)

I’m hoping you can settle a disagreement I’m having with a coworker in my studio. He says that we should not show marks to the client because we know best and should just pick the spot. They can see it when the jewelry is in.

I say that we should talk about where the piercing will be going and show marks to the client first. They will be the one wearing the piercing, right? What is your opinion? Thank you so much.

Based on complaints I’ve been hearing from disgruntled piercees, I cannot endorse the uncommunicative method. I always share the marks for proposed piercing placement. In fact, I insist that my clients know where their piercings will be located. I don’t want any surprises once jewelry is in—and certainly no misunderstandings or disappointments. I believe that receiving concurrence on placement before the procedure is critical: it is the essence of what makes professional piercing a consensual act.

My unwavering policy was stunningly validated back in the 1980s when a man came to get pierced, loudly and proudly announcing that he wanted an ampallang. He refused to look at the marks, citing great trust in me. We bickered briefly but I simply declined to pierce him unless he approved the site I’d designated. That was most fortunate, because it turned out that he actually wanted a frenum piercing!

Increasing numbers of dissatisfied consumers have been asking me for advice after their practitioners failed to engage in conversations about placement. People are needlessly receiving piercings they’re unhappy with, and they frequently wind up abandoning them. I’ve even seen cases in which the wrong body part was pierced! I just consulted with a woman who ended up with six labia minora piercings, though she’d wanted her outer labia ornamented. The piercer refused to show her a mirror, though she requested one both before and after the procedure. Upon returning home and examining herself, the poor victim was understandably mortified. This inexcusable fiasco could easily have been avoided with the briefest of exchanges, and a trusty hand mirror.

There are two distinct types of situations that can entail different handling. One relates to piercings with key anatomical and safety considerations, like the triangle, for instance. There is a single, perfect spot for these (on bodies that are suitably configured), and the location is non-negotiable. The other concerns piercings that are aesthetically based, such as the ear and nostril. You can have comparatively free rein with here with opinions on placement—as can the piercee. But your suggestions should never be arbitrary. Even with ornamental piercings on the most mundane, featureless anatomy, look for the site that is best suited, more centered to localized structures, or that has some rationale for being selected.

Even in the instances in which I’m unwilling to compromise on where piercings will be situated, I still show the marks to my piercees and require their assent. While using a mirror to demonstrate proposed placement, I always list the factors that support why a piercing should be made at that precise point and nowhere else. For example, I’ll indicate if there’s a natural fold or groove to pierce within, a ridge to frame, etc., and may also specify how the jewelry will rest, depending on the individual’s unique build.

In many cases, safety and aesthetic aspects are both relevant. For example, nipple piercings have an optimal depth, but the angle is a subject for discussion—or at least it should be. I always inquire whether the client has an idea in mind: horizontal, vertical, or some custom slant. If they have a preference, I’ll take it into consideration, and can usually accommodate their wishes. However, if the anatomy strongly suggests an alternative, due to an elliptical shape of the nipple or areola, for example, I’ll mark accordingly. I then explain why I suggest the alternative position instead of the one they requested. If they still want to go with their original vision and there are no safety issues, I will comply. However, I cannot be swayed when my advised piercing placement is to avoid Montgomery Glands, scar tissue, or a blood vessel, or if there are other anatomical concerns.

For the best outcome with piercings that are commonly stretched such as the earlobe and Prince Albert, it is important to know whether the person has plans to enlarge later—and if so, how much. If the piercee fails to mention this during the marking process, then I will do so. But when no dialogue takes place, these important considerations will not be addressed, and piercings can (and do) end up too low or shallow for safe stretching.

Even when it comes to purely ornamental piercings, an experienced professional with sound communication skills and some artistic aptitude can usually persuade people to agree with their proposed placement—especially when it really is ideal for the anatomy. Such piercers can articulate reasons that will make sense to the client, who will recognize the suggestion as a worthwhile one.

Working with human beings, we are sometimes faced with piercees who have their own strong opinions and preferences. At times, we will not agree with their perspectives. My feeling is that we should do our best to exert a positive influence and steer them toward what we perceive as the best placement, but ultimately, it is their body. So, when safety is not at issue, if someone wants a piercing higher, lower, or somewhere other than the site we find perfect for their anatomy, they should reserve the right to wear jewelry where they want it.

If you just couldn’t bear to have your name associated with a piercing set in an awkward spot that a customer insists upon, it is appropriate to decline. I’ve had a few cases over the years in which this has happened. When someone won’t accept my advice, and I can’t conscionably honor their request, I’ll politely invite them to look for another piercer. What is not acceptable is to force anyone to wear a piercing in a location you deem most aesthetic if it is objectionable to the client. Though entirely preventable, this is happening more frequently as piercers follow an apparent “trend” of falling silent and failing to disclose where the hole will be made.

Naturally, a competent professional usually will know better than a patron where it is best to put a piercing. However, ours is a service industry so we need to walk the line between adhering to our principles on safety and aesthetics, while working to meet our clients’ needs and wants. But, if we don’t confer with them about their wishes, we’ll be quite unlikely to satisfy them.

I can’t think of a single positive motivation or reasonable justification for piercers’ refusal to engage with customers about placement. It strikes me as either lazy (being unwilling to expend the time and effort to communicate), inappropriately controlling, or an attempt to mask incompetence. At the very least, we simply can’t go wrong by showing the prospective position, citing its merits, and receiving an acknowledgment before proceeding. You should feel confident that discussing the details of piercing placement is a sound practice that is worth pursuing. I sincerely hope that this information will inspire your colleague to revise his unilateral approach. 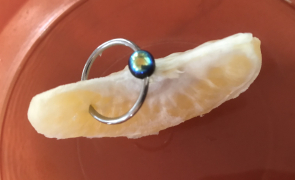 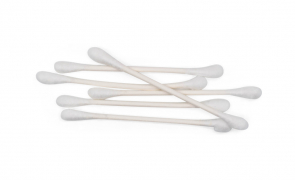 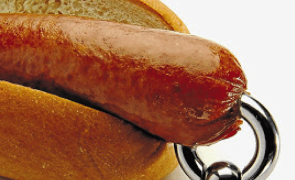 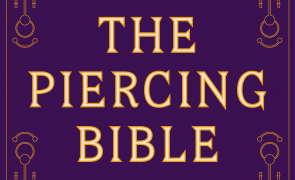 The New and Improved Piercing Book! 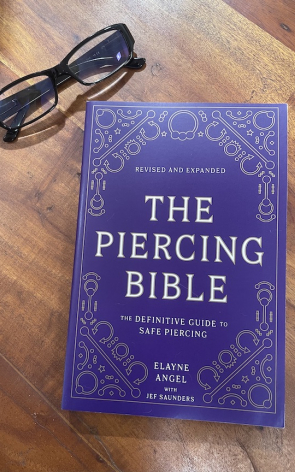 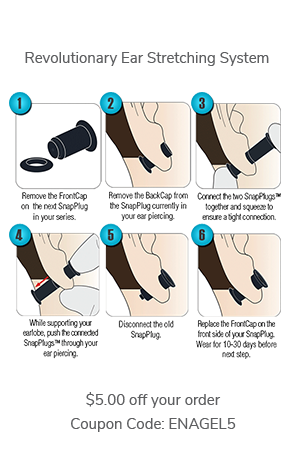 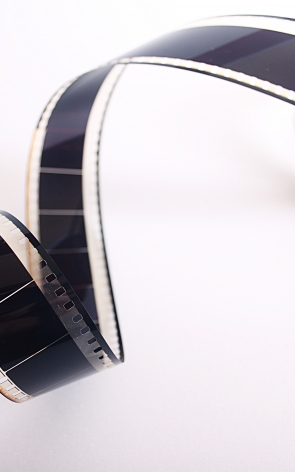